Thinking before you speak 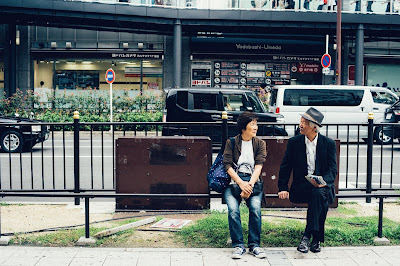 Effective communication has allowed the human species to innovate and flourish.  It is through communication which ideas are spread, concepts are realized and progress is made.


People who are interested in seeing examples of intentional miscommunication only need to take a look at the twitter feed of President Trump.  A large controversy that occurred in July of 2019 was when Mr. Trump published a series of tweets in response to four democrats who were challenging some of his policies.  In his tweets Mr. Trump stated that these four democrats came from other countries that were not the united states and that they should go back to their own countries and fix the issues there.  Mr. Trump later attempted to apologize stating that he originally meant for those four democrats to go back to their home state and fix the issues there instead of in congress at the national level.  William Lutz lists four types of doublespeak and the previous example is a cross between the third and fourth types of doublespeak: “The third kind of doublespeak is gobbledygook or bureaucratese.” and “The fourth kind of doublespeak is inflated language designed to make the ordinary seem extraordinary”

Lutz provides the following test to identify doublespeak: “just by answering these questions: Who is saying what to whom, under what conditions and circumstances, with what intent, and with what results?”.  When applying these questions it can be argued that almost every tweet and speech that Mr. Trump gives is in fact doublespeak.  Is it equally possible that almost everything he says is a lie? That could be.  Was Mr. Trump was elected by exploiting doublespeak?  An interesting question comes to mind.  If groups of people only hear what they want to hear, is that be considered doublespeak?  It could could be considered doublespeak since the term can be interpreted differently between groups.  Mr. Trump or anyone attempting to use doublespeak in this way can then just say that they meant to say something else all the while hoping to get his or her objective met by obtaining a vote.

Not all crucial communication happens on the global stage.  Often times the majority of the miscommunication that occurs can often be in our own personal experiences with our coworkers, friends, family, or significant other.  Unintentional miscommunication is prevalent in relationships between couples.  Often times the unintentional miscommunication arises from the way that men and women interpret the world around them.  Deborah Tannen provides a glimpse into the way that a man and a woman interpret arguments or fights.  Tannen explains a man’s way of arguing by saying: “Those who expect their own ideas to be challenged will respond to another’s ideas by trying to poke holes and find weak links -- as a way of helping”.  Of course in the heat of an argument the ideas are indeed challenged which is why there is an argument in the first place.  I can recall my wife and I discussing changing our habits so that we can wake up at 4:30 am.  My wife did not want to wake up early, but she has also stated that she often feels there is not enough time in the day to get everything on her task list done.  I have noticed in the past that when I wake up earlier, there are less distractions and therefore there is a lot more than can be accomplished while the rest of the household or even my community is still sleeping.  While we were talking about several strategies, for example the ideal bedtime so that we get enough rest, she began to give me excuses.  I began to provide solutions to each excuse and after a while she shouted in frustration: “Will you let me talk!?” Tannen said it perfectly: “But many women take this approach as a personal attack" I was indeed letting my wife talk, but by providing feedback to each point she made, she felt I was not letting her finish her point.

Another example of unintentional miscommunication that I have experienced is the way that men and women interpret jokes.  I once read a funny joke about programmers and infinite loops.  I had experienced a similar problem so I found the joke funny.  I shared it with a group of 5 co-workers, two other men and three women.  The men all laughed.  The women did not laugh.  I thought nothing of the situation but a while later a joke was made where this time the men did not laugh and the women did.  It seemed the sense of humor for each was completely different.  I now feel I notice the difference in humor more often.  I find myself laughing mindlessly at silly television shows like Its Always Sunny in Philadelphia, Workaholics, and Silicon Valley.  My wife does not find them funny.  I also find that my wife will laugh at the television shows Friends, Grey’s Anatomy,  and Jane the Virgin which I do not find funny.  There is simply a fundamental difference between what different groups of people find funny.  Thinking about the shows that I find funny, I have realized that what makes them funny is actually the miscommunication between characters and the misadventures that ensue due to those miscommunications.

Thinking about communication, the lack thereof or its potential misuse, I have possibly even lost friends due to misunderstandings. These misunderstandings often rooted in miscommunication. Intending to say one thing but having it “come out the wrong way” or making plans which may have been canceled but not having communicated the reasons effectively.  Perhaps most often, the lack of communication which I believe can also be miscommunication because one party may feel that everything is fine and they have just been too busy to catch up.  The other party may feel they are being ignored and then become resentful.

Email ThisBlogThis!Share to TwitterShare to FacebookShare to Pinterest
Labels: essays

It was time that I got rid of my office. I had it for a year, and spent almost every day in there (when I worked remotely). This y...